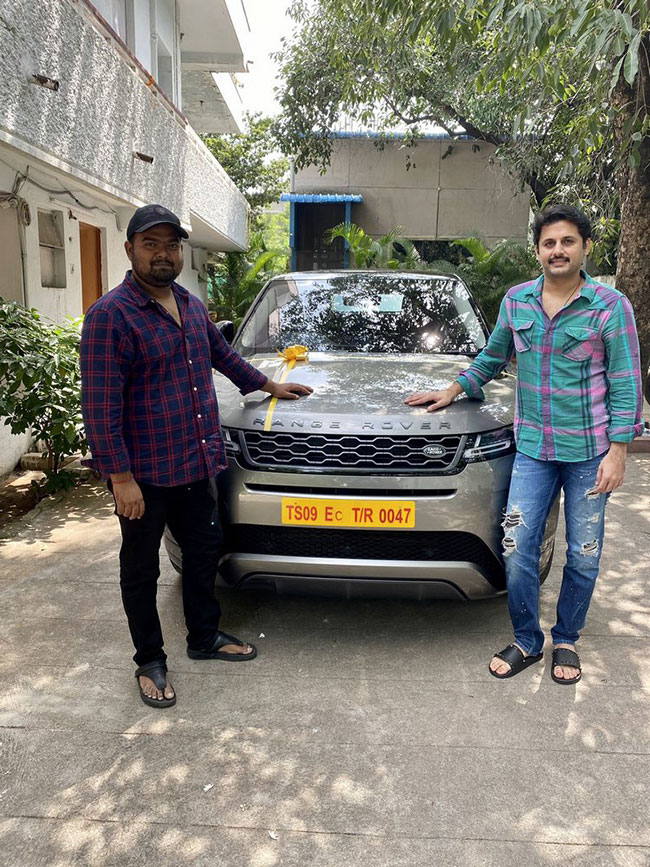 ‘Chalo’ fame Venky Kudumula gave a good hit in the form of ‘Bheeshma’ this year. It is a big relief for Nithiin as he was suffering with back-to-back disasters before. This director is celebrating his birthday today and he received a fancy and expensive car from his ‘Bheeshma’ hero as a gift. Nithiin gave Venky a Range Rover car and the director is over the moon with this present.

He posted a picture of the car which also has Nithiin and himself standing in front of it. He wrote, ‘When u make a best film with the best person, best things happen! Thank you so much for this best birthday gist @actor_nithiin anna..Love u loads..’

While it is great to see the friendship between the director and the hero, people are having a bit of dÃ©jÃ vu feeling about it as Venky as given an expensive car by Naga Shaurya in the same way after the release of ‘Chalo’. We all know that things did not go down well with both of them and Shaurya even made some shocking comments on Venky.

On the work front, Venky Kudumula is expected to work with Ram Charan after the star hero wraps up his part in ‘RRR’. This is a big break for Venky and if this project gets confirmed, he may soon enter the top league and take his career to the next level.