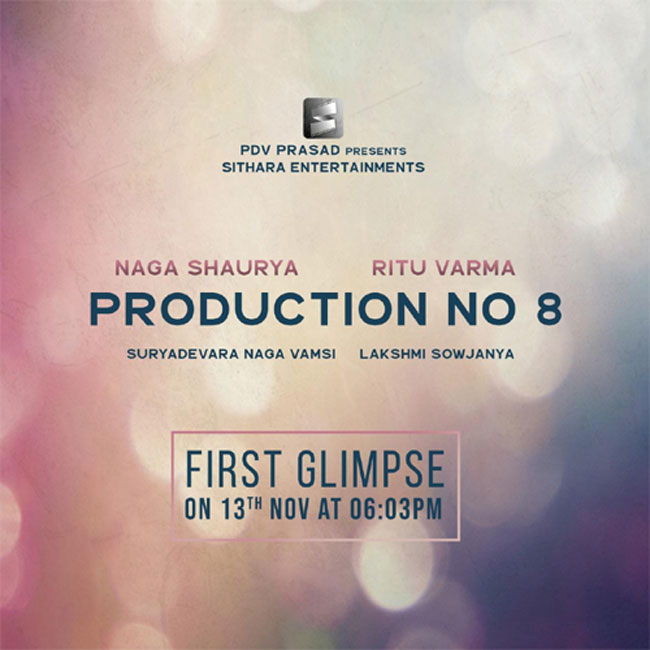 The young actor Naga Shaurya is enjoying the success of his recent film ‘Ashwadhama’ and has a pipeline of projects. Now comes a major update from his upcoming film.

Sithara Entertainments banner that is doing a film with Shaurya and Ritu Varma in the direction of debutant Soujanya Lakshmi has announced that they are going to release the firstlook of the film very soon on Nov 13 at 6.03 pm in the evening.

It is evident that the actors Naga Shaurya and Ritu Varma are paired for the first time for this romcom and the makers have huge hopes on this film. The title and other details would follow soon with updates flowing in!