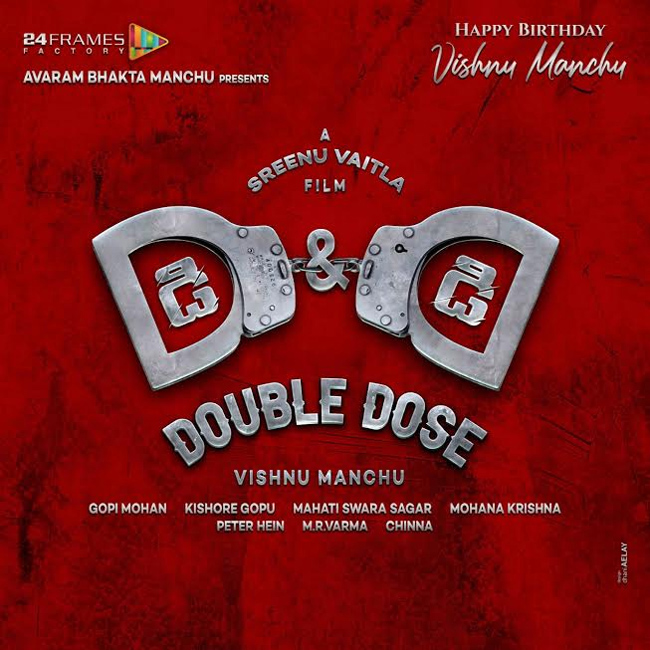 Ace director Sreenu Vaitla and actor Vishnu Manchu are going to come together after 13 years for a new film titled ‘D&D Double Dose’. Dhee, directed by Screen Vaitla and released in 2007, was one of the most entertaining movies in Vishnu’s career. As the crazy duo is joining hands after a long time, it was speculated that ‘D&D Double Dose’ would be a sequel for 2007’s Dhee.

However, the star director has clarified on these speculations and revealed that the film is not a sequel to Dhee. He said that Dhee sequel is not possible without late actor Sri Hari and female lead Genelia. As Genelia is happily married and quits acting, making the sequel will not be appropriate.

The movie will be produced by Vishnu Manchu’s production house Avaram Bhakta Manchu and 24 Frames Factory. The screenplay of the film is written by Gopi Mohan and Kishore Gopu. Mahati Swara Sagar is composing the music while Peter Hein is choreographing the stunts. The female lead for the movie is yet to be announced.