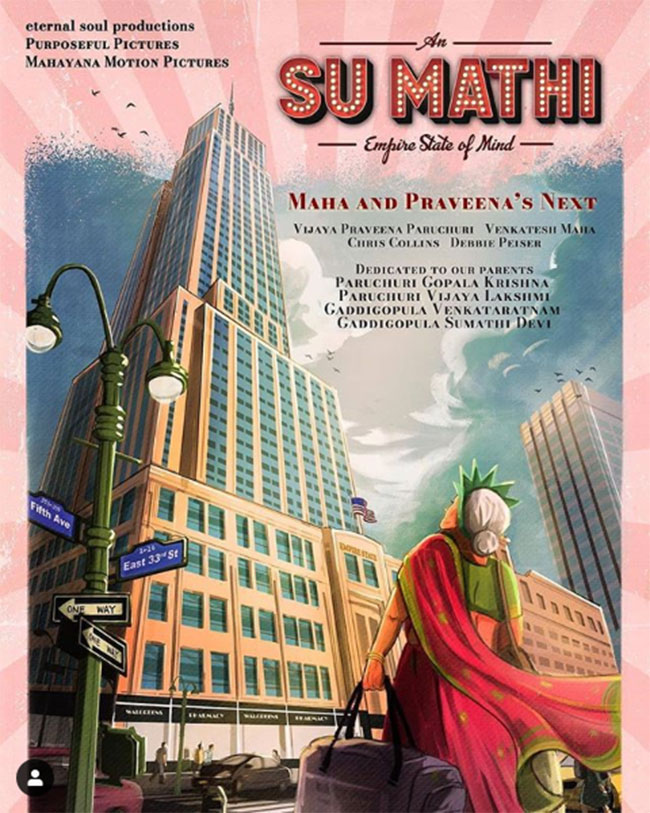 The makers of ‘C/O Kancharapalem’ and ‘Uma Maheshwara Ugraroopasya’ still seem high basking in the success of their recent release on Netflix. The makers Venkatesh maha and Dr. Praveena Paruchuri seem to continue their bond in the business as they are creatively matching each others thinking patterns! Now these two have announced a film titled ‘SU MATHI’. The first look poster is immensely attracting the movie lovers.

Looking at the film poster, the story synopsis of the film can be said as the difficulties and memorable moments of an old couple or parents who visit the USA to meet their children. The cast and crew of the film is yet to be disclosed but the film seems to be a sure shot hit on the content wise! Venkatesh Maha is the only young Director on a roll with back to back content-driven films in the younger lot!

The movie lovers say that the film will have many takers on OTT and Theatrical platforms as Maha Venkatesh is showing consistency in making good films. It remains to be seen if he could score a hattrick at the Box Office!