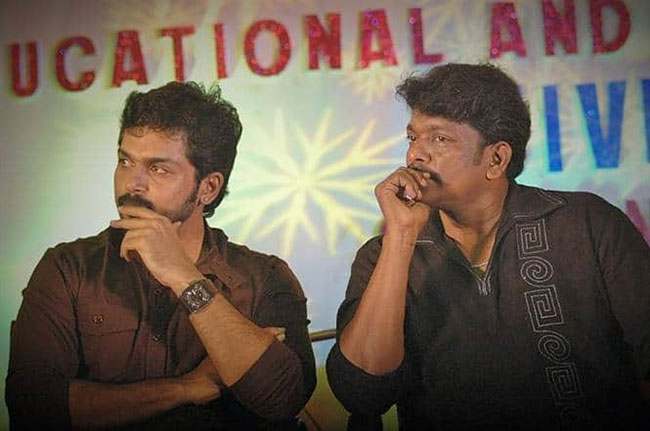 Tollywood production house Sitara Entertainments has bought the remake rights of ‘Ayyappanum Koshiyum’, the Malayalam blockbuster of this year. While Sitara people are still figuring it out the lead stars and director for this project, sudden surprise came from Kollywood.

The action star of Kollywood Karthi is said to be remaking the hit thriller Ayyapanum Koshiyum in Tamil. He didn’t disclose the other details of the cast and crew but speculations are rife that senior actor director Parthiban is said to be playing the rolebof Bijumenon from the original. Karthi will play Prithvi Raj’s role.

Earlier news came that Suriya and Karthi would play as the egoistic rivals but upon crucial brainstorming, they didn’t go ahead because fans may not like it!