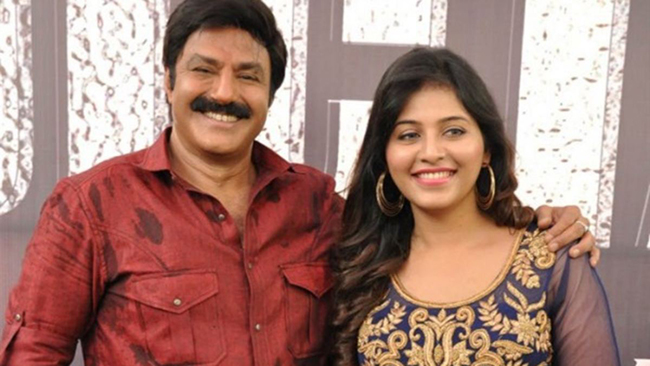 Nandamuri senior hero Balakrishna has teamed up with his favorite director Boyapati Sreenu for the third now. The film is yet to be titled but the teaser released on Balayya’s birthday got a tremendous response. Fans are expecting a lot from this combination. Balayya and Boyapati gave a blockbuster film like ‘Simha’ in 2010 and followed it up with a super hit like ‘Legend’ in 2014.

#BB3 would have been finished by now if not for the Coronavirus. The makers are yet to restart the shooting. Though some parts have already been filmed, the team is yet to rope in a heroine. Boyapati reportedly wanted to bring a new heroine beside Balakrishna but he changed his plans now. Sources reveal that Telugu girl Anjali will be seen romancing Balayya in this action entertainer. Anjali paired up with Balakrishna before in ‘Dictator’. The official announcement is expected to come out soon.

Balayya will be seen in Aghora get up in this film as per sources. It will be a huge surprise for the fans as per grapevine. Let us wait and see what Boyapati Sreenu pulls out of his hat this time after a disaster like ‘Vinaya Vidheya Rama’.