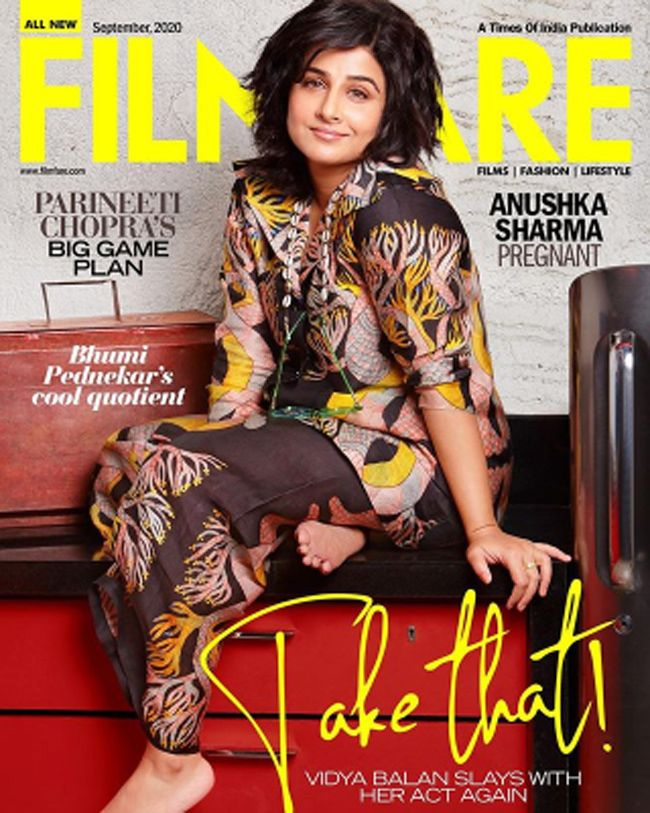 All the actresses are mostly posting the home yoga, exercise in the indoors kind of videos on Instagram but Vidya Balan is different and has been posting and promoting her recently released OTT film Shakuntala Devi and went on mute after it didn’t receive good views and reviews!

Actress Vidya Balan has always been in touch with her fans. Now her picture from Film Fare September issue is going viral.

In that pic she was seen wearing a floral dress and dashed the look with bobbed hair cut in style and has posed a sensual look with the eyes that are tempting! She looks slim and adorable in the new attire.

On the film front, Vidya Balan has become selective and is doing only content driven films these days.