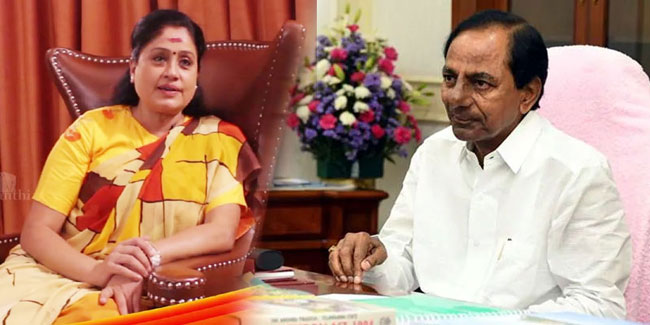 After wearing the saffron shawl, Vijayashanthi has been not leaving any stone unturned to target KCR. Recently, the former MP and current BJP leader had lashed out at the Chief Minister for allegedly ignoring the famous Raja Rajeshwara Swamy Temple at Vemulawada. She demanded the government release funds for the temple.

In a fresh attack against the Telangana Rashtra Samithi supremo KCR, Vijashanathi had lambasted him for not releasing the funds for the Pranahita Pushkaralu as the festival is fast approaching.

In a video she had shared on her Facebook account, BJP leader Vijayashanthi said that the festival that falls once every 12 years is less than one month from now and despite this, the government is not serious about the festival.

She alleged that the proposals on making arrangements at the Ghat were sent to the government but there was no response from the government. Taking a dig at KCR, she said KCR who talks about Bangaru Telangana did not even start any work for the festival.

Drawing a comparison with the previous CMs in the combined state, Vijayashanthi said that the previous leaders made massive arrangements and declared the festival as the state festival. Around one lakh people did Pushkara Bath during the festival daily. Even KCR was one among them, she said.