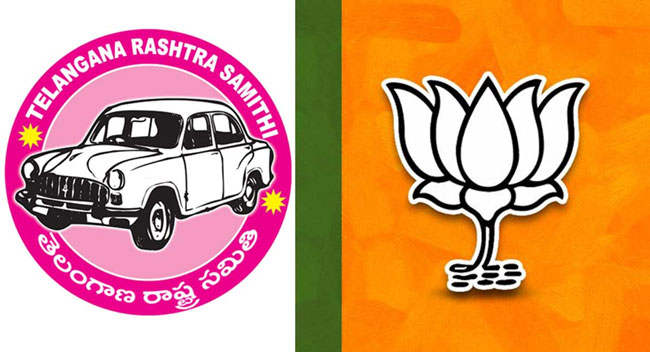 What is worrying the ruling TRS most these days? It’s the BJP plan to use disgruntled TRS leaders as coverts and informers. These leaders are leaking key information about the TRS inside stuff to the BJP leaders. This is helping the BJP in getting inside information about the goings on in the TRS so as to prepare counter moves.

Sources say that several TRS leaders, who are unsure of getting party ticket in the next assembly elections, want to join the BJP. But the national leadership of the party has advised them to remain in the TRS and give out key information to the party. The BJP reportedly told them to keep criticising the BJP outwardly and give information about the goings on in the party. They were reportedly told to remain in the party and help the BJP secretly.

At least two ministers and as many as 12 MLAs are said to be in touch with the BJP and are acting as covert informers. The TRS is worried that more and more party leaders could act as Trozon’s horses. According to TRS sources, the BJP is adopting different strategies for those who want to join the BJP from the Congress and the TRS. As for the Congress, they are encouraging them to join the BJP. But, when it comes to the TRS, the likely defectors are asked to wreck the party from inside.

By this month end, six major Congress leaders are likely to join the BJP. They could join either in Hyderabad or in Delhi. The BJP is set to make this announcement amid great fanfare. The TRS leaders would be joined into the BJP at the last minute to throw the TRS establishment out of gear.