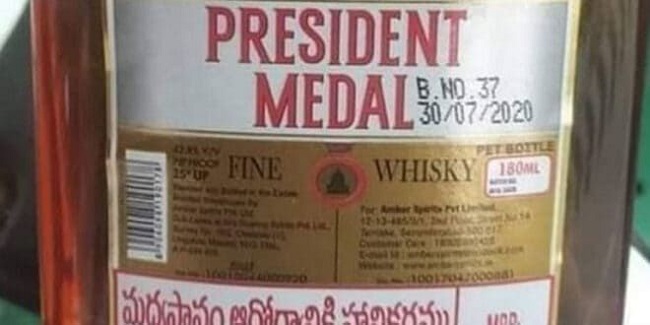 Social media is unarguably, the biggest media compared to the traditional media. The news irrespective of fake and real will be spread rapidly to the audience. A section of people uses social media to look at the memes and jokes on various issues.

The Netizens in the Telugu states started a meme fest on the funny names of liquor brands in Andhra Pradesh. Some of the names include President Medal, Boom Boom, Power Star, and the recent entry Three Capitals.

As an alternative method, the local brans were being pushed by the state government. However, the funny names of the brand names have resulted in YSRCP facing severe wrath.

On the other hand, social media is abuzz that another brand Three Capitals has entered the state. However, there is no official information on this.

If these reports appear to be true and the Three Capitals is the new entry to the list of funny names of liquor brands. The negativity towards the ruling YSRCP on social media will grow.