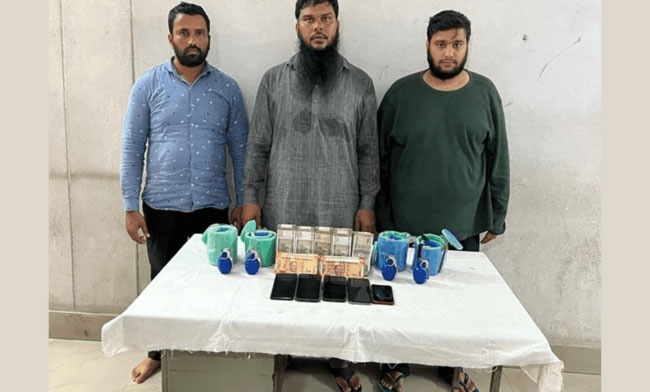 A few radical organisations were banned in India by the government recently on the charges of trying to plan terror activities. A few bodies, including the controversial Popular Front Of India, were banned. Days after the ban on these bodies, a few accused reportedly planned some anti-social activities.

But the Hyderabad Police spoiled the plans by arresting three accused. The city police received information on three accused who are said to be planning to hurl grenades at public places and kill the BJP leaders. Before they could implement the plan, they were arrested.

The cops received information on three accused from Malakpet receiving hand grenades which they got for planning terror attacks and terrorise the common people. One of the accused is said to have links with Pakistani ISI.

As per the information shared by the Hyd cops, Mohammed Abdul Zahed, and his associates were nabbed in Malkapet. Three other accused were missing and a manhunt is on to arrest them.

It is said that, Mohammed Abdul Zahed works for Lashkar-E-Taiba (LeT) and a case was registered against him in the past by the state Special Investigation Team (SIT). The accused received directives from Pakistan on the conspiracy to kill BJP-RSS leaders.

“On 02.10.2022, specific information received that Abdul Zahed, 39 years old, the resident of Malakpet along with his associates received a consignment of four hand grenades and going to carry out sensational terror attacks in Hyderabad, Telangana. The team acted swiftly and apprehended three persons from Malakpet today,” the Hyd cops said in a press note.