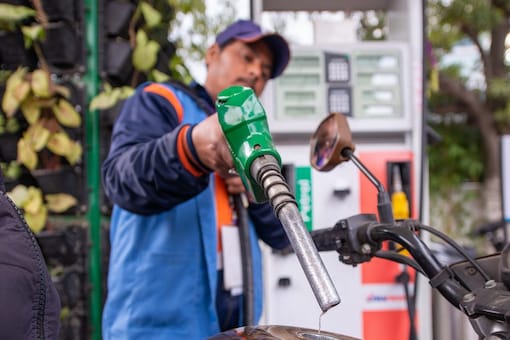 Petrol Price, Diesel Price Today, July 15, 2022: With the latest cut, petrol price would be reduced to Rs 106.31 per litre in Maharashtra

Fuel prices have been reduced in Maharashtra, starting from Friday. Petrol became cheaper by Rs 5 per litre while diesel price was cut by Rs 3 per litre. To provide relief to common man, the newly formed government of Eknath Shinde had decided to cut the value added tax (VAT) on petrol and diesel in Maharashtra on Thursday. This decision would lead to a financial burden of Rs 6,000 crore on the state, chief minister Eknath Shinde said.

With the latest cut, petrol price would be reduced to Rs 106.31 per litre in Maharashtra. Diesel price would come down to Rs 94.27 per litre in the state. “The central government had reduced VAT on November 4 and May 22 and PM Narendra Modi had also urged states to do so. However, the previous Mahavikas Aghadi government did not pay any heed to the request made by the Centre,” Maharashtra said at a press conference on Sunday.

The prices of petrol and diesel in other parts of country, however, remained unchanged on July 15. Fuel prices stood the same across the country for nearly two months now. Finance minister Nirmala Sitharaman announced to cut excise duty on petrol by Rs 8 per litre and on diesel by Rs 6 per litre on May 21. After that, several states also lowered the state tax or VAT on fuel to bring down the rates.