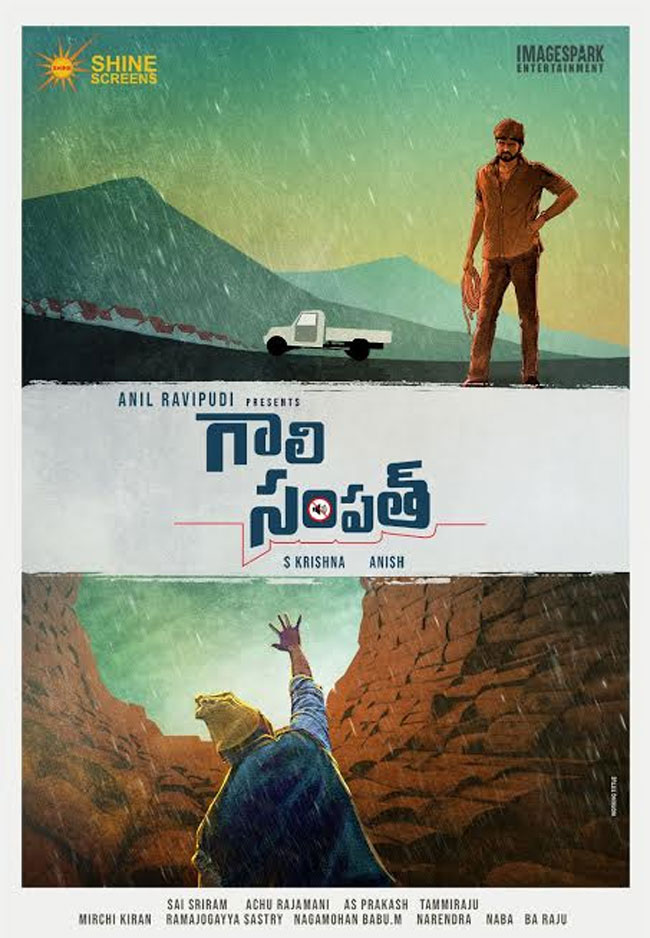 Young and talented director Anil Ravipudi is known for his commercially successful films. He did not deliver a single failure till now and his last film ‘Sarileru Neekevvaru’ with Mahesh Babu was his career’s biggest hit. The ‘Supreme’ director is now all set to become a producer for an interesting flick titled ‘Gaali Sampath’. Directed by Anish Krishna, tis film will have Sree Vishnu playing the lead role.

Anil Ravipudi will be giving the screenplay and creative support apart from presenting this flick. The film is being bankrolled under ‘Shine Screens’ and ‘Image Spark Entertainmentâ€™ banners. The film was launched officially this morning in Hyderabad and ace artist Rajendra Prasad will be portraying a crucial role.

The film reportedly revolves around a father and his son and it promises to be a hilarious ride. The rest of the actors include noted names like Tanikella Bharani, Sathya and Lovely Singh. Achu is composing the music for this flick. The concept poster of ‘Gaali Sampath’ came out today and it explains the basic theme of this movie.