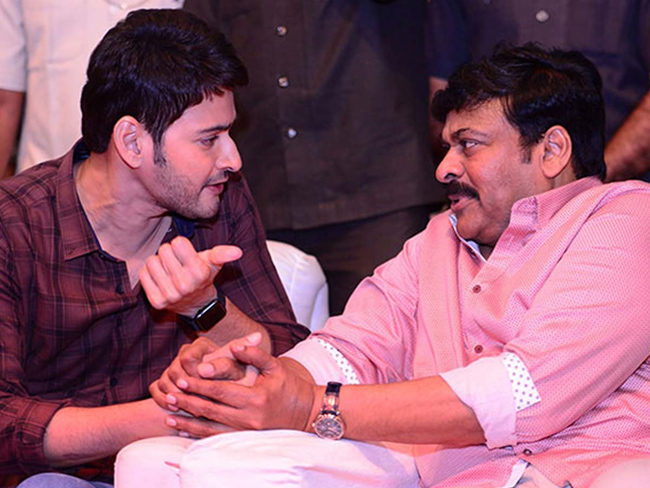 Megastar Chiranjeevi’s Acharya, directed by Koratala Siva, is one of the much-awaited films in the Tollywood now. The fans have huge expectations on this film as it also features Ram Charan in the special role. Since from the beginning of the project, fans are eagerly waiting to witness the father and son duo sharing the screen.

The latest news we hear is Superstar Mahesh Babu is likely to give voiceover to the film. The Bharat Ane Nenu actor shares a good bonding with Chiranjeevi and Koratala Siva.

With this intimacy, Koratala asked Mahesh to give a voice-over for the flick and the actor agreed for it. Mahesh has previously given a voice over to Pawan Kalyan starrer ‘Jalsa’

Touted to be a social drama, the makers are yet to resume the shoot of the film. Legendary music director Mani Sharma is composing music while star actress Kajal is playing the female lead. The film is bankrolled by Ram Charan and it is expected to release by the middle of 2021.