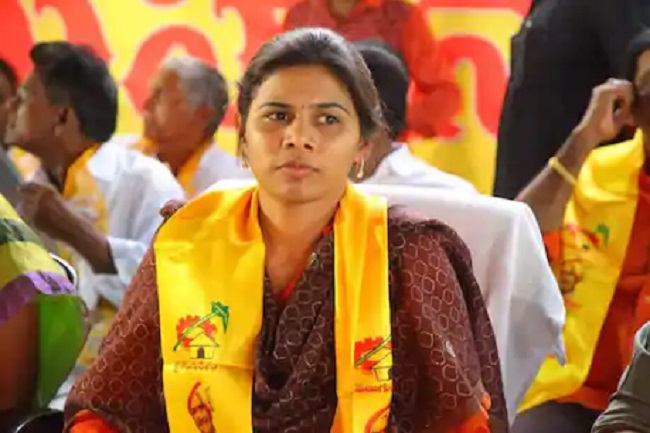 The infamous Hyderabad Kidnap case that took place in the Bowenpally area which has sent shocking waves across the Telugu states, took a surprising turn with the involvement of a former Minister.

The Telangana police probed into the kidnap case and arrested former Minister Bhuma Akhila Priya on Thursday and she was named as A2 in the case, while AV Subba Reddy was named A1.

In less than 24 hours, the list of accused in the case got changed in the murder case. The cops named Bhuma Akhila Priya as A1 in the case and AV Subba Reddy A2. Bhargava Ram remained constant as A3.

In the investigation, the cops are said to have found evidence that the kidnap case took place over alleged disputes with former badminton player Praveen Rao and two of his brothers for a piece of land.

The disputes trace back to 2016. Praveen Rao purchased a land of 25 acres in Hafizpet. It is said that Praveen Rao made an understanding with Bhuma Nagi Reddy, Akhila Priya’s father, and SV Subba Reddy.

Praveen Rao and his brothers started facing troubles with Akhil Priya, AV Subba Reddy, and Bhargav Ram pressurizing them over the 25 acres of land. The trio was kidnapped to inculcate fear in them.

Bhuma Akhila Priya was produced before a court in Hyderabad in the abduction case. The Court ordered 14 days of judicial custody for her. She was shifted to the Chanchalguda central prison.

Her lawyers filed a petition seeking bail for her in the adduction case. However, the Court has sent the former Minister to the Chanchalguda central prison for 14 days.

On the other hand, A3 in this case Bhargav Ram, Akhila Priya’s husband is absconding. The cops got information that he might be in Bangalore. Special teams will be sent to Bangalore to bring him back.