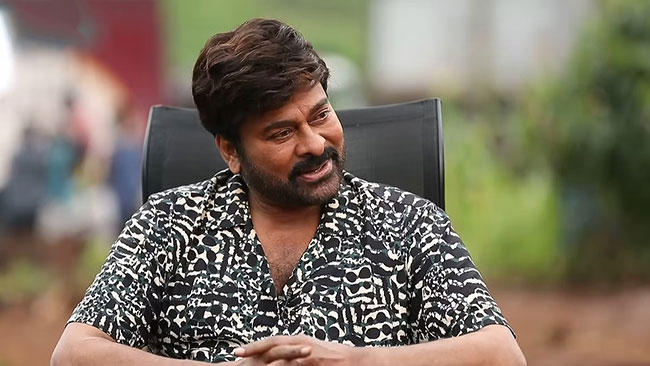 Megastar Chiranjeevi recently gave an interview to the popular North Indian media channel ‘Film Companion’ and he spoke about his journey over the past 44 years. Apart from all these highs and lows, he talked about his last film ‘Acharya’ which ended up as a disaster. He said, “The failure of ‘Acharya’ did not make me depressed. We did what the director asked us to do.”

These words by Megastar are going viral and the senior hero is being trolled a lot. It is Chiru who sang laurels about Kortala Siva before the film’s release and blaming him after the disastrous result is getting adverse reactions from everyone. His anti-fans are commenting that how can a hero take credit for success and blame the director for failures?

Speaking about Mahesh, the great Dasari Narayana Rao once again Mahesh gave the entire credit for ‘Dookudu’ success to Sreenu Vaitla. In the same way, he said that the entire credit for ‘Businessman’ success goes to Puri Jagannadh. People are trending this video clip of Dasari praising Mahesh and drawing comparisons to what Megastar did now.

Rajamouli once said in an interview that NTR never talked badly about the directors who gave him huge disasters. In this way, people are comparing Chiru’s comments to the nature of Mahesh and NTR thereby trolling the senior hero. The netizens are criticising the Megastar quite aggressively and stating that he should not take credit for success too if the film becomes a hit when he wants to blame the director for a flop.