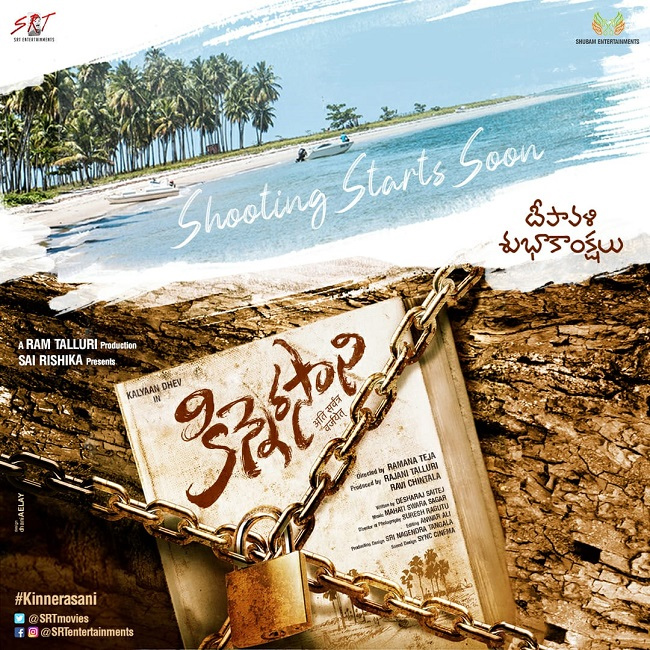 Mega son-in-law, Kalyaan Dhev who made his debut with ‘Vijetha’ has recently announced his next film under ‘SRT Entertainments’ banner. The official pooja ceremony was done a few days back and on the occasion of Diwali, the team announced the film’s title.

They named the film as ‘Kinnerasaani’ which is lovely and pleasant to hear. They released a poster that shows a book with the title ‘Kinnerasaani’ getting locked up with chains. While the beach backdrop looks good, it is the title that becomes the focal point and it creates a sense of curiosity among the audience.

Ramana Teja who made his debut with ‘Aswathama’ is directing this film and Mahati Swara Sagar is working on the music department. The shooting will be kick-started soon. Ram Talluri and Ravi Chintala are bankrolling this project.