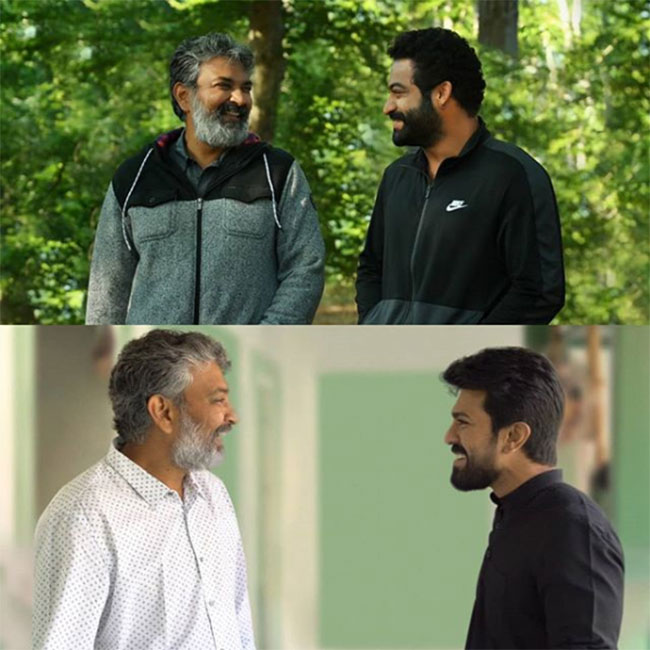 No one says ‘No’ to a hit director. If you are a director of SS Rajamouli’s stature, then there no looking back for you. Heroes like Prabhas give away five years of their career for Rajamouli. Even NTR and Ram Charan have dedicated three years to Rajamouli without a single question.

People agree to whatever he does because acting in Rajamouli’s film guarantees you success and increases your market immensely. But rumours are going around that Rajamouli got a big ‘NO’ from both Charan and NTR regarding a new proposal.

Since the film was postponed a lot due to the lockdown and with Rajamouli still needing to shoot a lot of important scenes, the film may not release next year. To avoid it, Rajamouli reportedly has suggested the idea of breaking this film into two parts so that they could release one part next year.

Gossipmongers say that both the heroes declined this proposal straight away as dividing the film into two parts may consume more of their dates. The heroes are expected to join the shoot from 15th October.