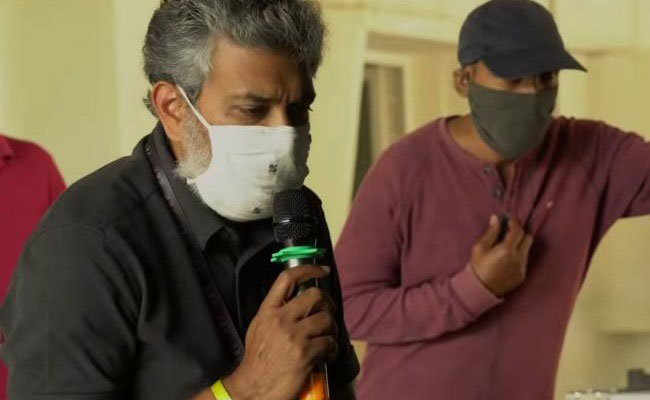 The maverick director of Tollywood SS Rajamouli has acclaimed fame across the globe with his ‘Bahubali’ franchise. He has impressed the audience with this visual wonder ever made in India and that too with a folklore kind of story!

Recently, SS Rajamouli and the makers through their official RRR Twitter handle shared a news that there will be a surprise and announced their come back to shooting mode!

It is said that the makers have planned for a 10-day schedule but aborted to all of a sudden as they have canned enough portions to make a promo on NTR. The makers are planning to release the promo on Dasara this giving a treat for the much-awaited fans.

The latest news sources say that Ram Charan and NTR would join the sets later and in the mean time Rajamouli would can some major plrtions with other cast and crew.

On the other side, It is said that the budget of the film rose from 450 Crores to 550 Crores in this non performing six months break! The makers are desperately working to meet the ends and release the movie next July!