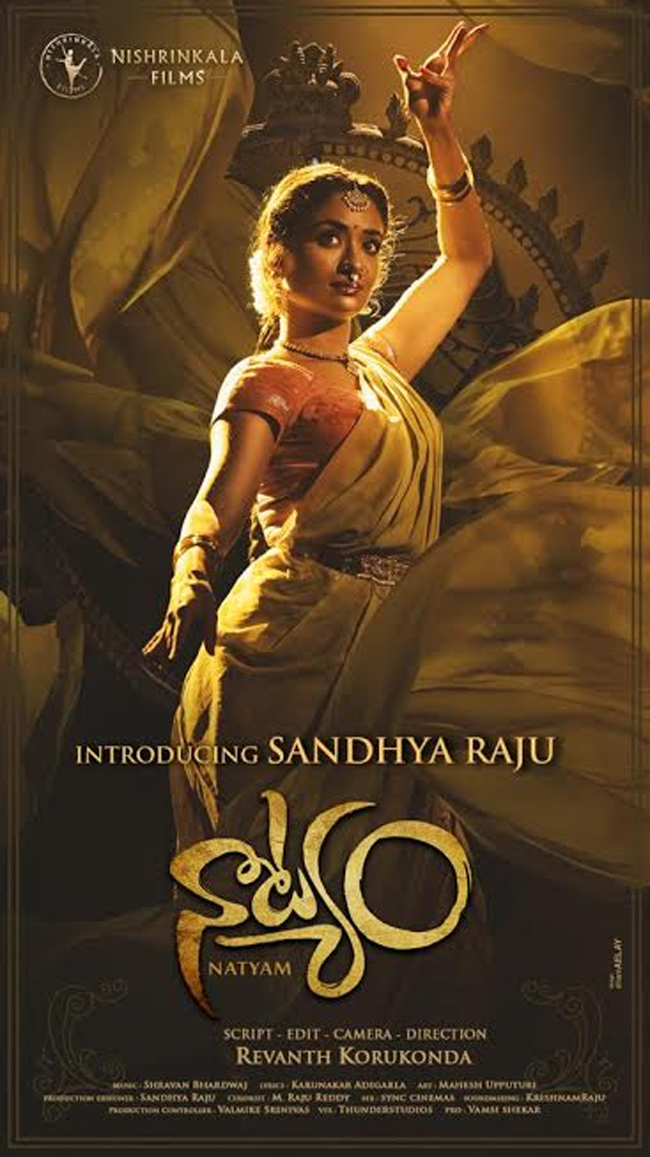 ‘Natyam’ is a form of expression. It is conveying a message in the form of dance. Well-known Kuchipudi dancer Sandhya Raju is making her silver screen debut with a film titled ‘Natyam’. This movie will be hitting the screens across the Telugu states soon and entrepreneur and philanthropist Upasana Konidela released the first look recently.

Sandhya Raju is seen giving a spellbinding pose with the ‘Nataraja’ background in the poster and it is quite heavenly. The poster creates a lot of interest and curiosity about the lead character. The film explores the unique relationship between the student and the teacher along with an intertwined love story.

Kamala Kamaraju and Rohit Behal are the male leads in this flick while Shravan Bharadwaj composed some blissful songs and soundtracks for this movie. This artistic film is made in some beautiful architect temples of Hampi, Lepakshi, Bengaluru and Hyderabad.

This film also features, Subhalekha Sudhakar, Bhanupriya and others. The script, camera work and editing it done by Revanth Korukonda while it is being made under ‘Nishrinkala Films’ banner.