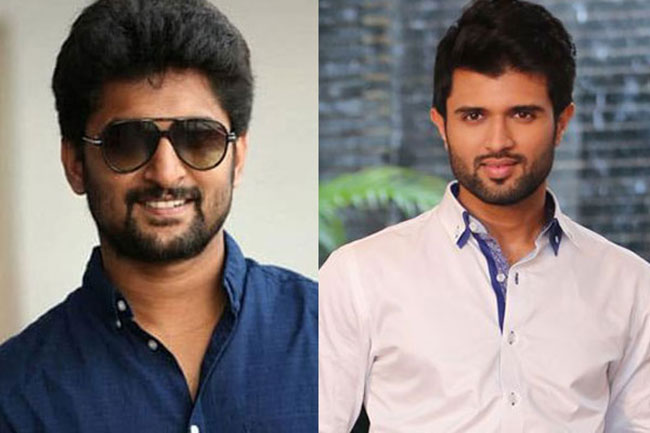 Compared to the last year, we have been facing tough times lately and so is the film industry. The futures of many heroes and their plans were obstructed due to the COVID-19 pandemic. For example, let us look at natural star Nani. He is undoubtedly the top hero in the second tier heroes of Tollywood.

His films always get stable collections at the box-office. His 25th film ‘V’ was supposed to have a grand release and with proper promotions, it would have got record openings. But the lockdown forced the makers to release it in an OTT platform. The film was merely average and would have ended up as a failure if released in big screens. On the whole, Nani missed a huge chance despite having an interesting line-up like ‘Tuck Jagadish’, ‘Shyam Singha Roy’ and ‘Ante Sundaraniki’.

Vijay Devarakonda is in the next place and he has a big chance to surpass Nani. He is currently working on Puri Jagannadh’s ‘Fighter’ which is being made in Hindi as well as Telugu. He even lined up a film with Sukumar. This way, Vijay is getting all the big directors while Nani is working with talented upcoming directors. Though Nani’s consistency keeps him at the top, there a huge chance of Vijay overtaking him either Puri or Sukumar’s film succeeds.