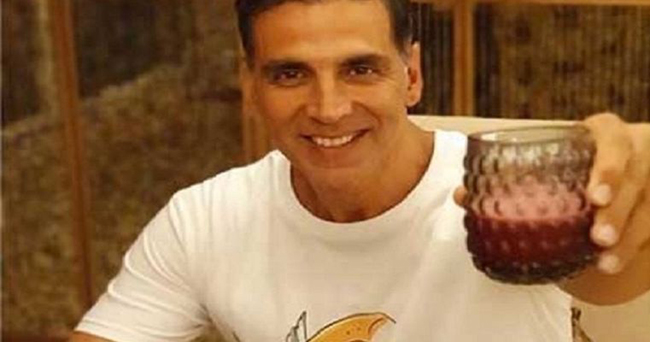 Bollywood superstar Akshay Kumar revealed that he drinks cow urine every day for ayurvedic reasons. He said this in a recent Instagram live session he had with British adventurer and host Bear Grylls and Huma Qureshi, his Bell Bottom film co-star.

It is a known news that Akshay went on a wild adventure with British adventurer and host Grylls to shoot an episode of “Into the Wild with Bear Grylls”. In the episode, Akshay drank elephant poop tea with Bear Grylls.

During the session, when Huma asked Akshay how he convinced himself to drink elephant poop tea on the show, Akshay said: “I wasn’t worried. I was too excited to be worried. I have cow urine because of ayurvedic reasons every day, so that was okay.”

He said that he was too excited to get worried about it and knew he was in safe hands. The show will premiere on Discovery+ on September 11.