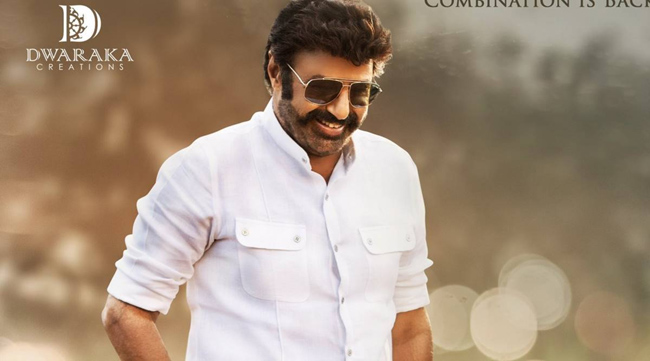 Nata Simham Nandamuri Balakrishna and Boyapati Srinivas is a hit combination. After delivering action entertainers like Simha and Legend, the hit combo came together for an untitled film tentatively titled BB3.

Balayya Babu fans are eagerly waiting for the film and they have high expectations of the film. The film is slated to hit the theaters on May 28 this year. BB3 teaser titled ‘First Roar’ has created a positive buzz and Balakrishna was shown in a fierce avatar.

However, Balayya Babu fans are not happy with the makers of BB3 for not revealing the title of the film. Now, according to the media reports, the makers are said to be announcing the title on the occasion of Ugadi.

Pragya Jaiswal is playing the female lead in this action entertainer. Thaman is scoring music for the untitled film. Miryala Ravinder Reddy is bankrolling the film under his Dwaraka Creations banner.