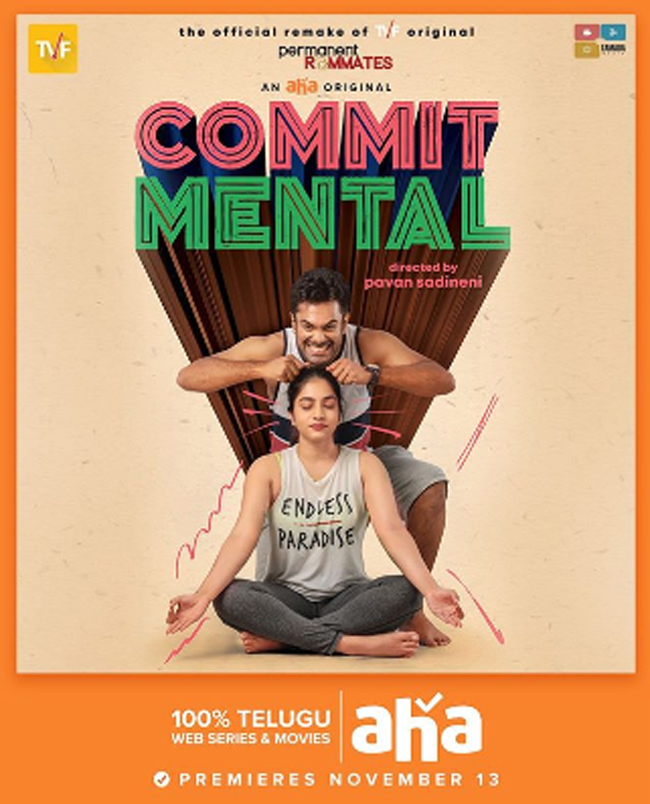 Punarnavi, the Telugu actress had a decent debut with ‘Uyyala Jampala’. The actress has acted in a couple of films then but did not make it big in her career. It was the popular Telugu Reality Show Bigg Boss season 3 that made her popular. Her friendship with Singer Rahul Sipligunj made a big sensation throughout the season.

Punarnavi Bhupalam is enjoying all the attention and on the latest she shared a post like that of an engagement ring and shared the pic if Udbhav Raghunandan, a You Tuber who got fame with his Chicago Subba Rao channel.

He also announced that something big is waiting for tomorrow and shared a post saying she said yes finally, hinting at marriage with Punarnavi.

All the movie lovers and trend followers doubted it is just another promotion of a film/Web Series and there is nothing much with this in store!

The doubts of the movie lovers became true and all there couple romance on social media is only for the TV Series Commit Mental, a remake of the TVF original permanent roommates thats going to premiere on 13 November on Aha app. The series is directed by Pavan Sadineni.