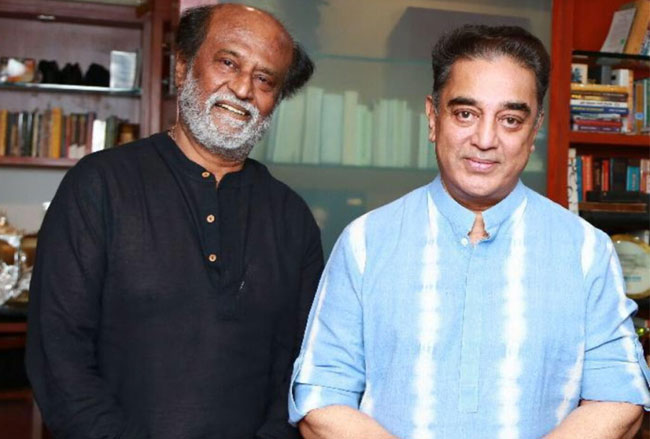 Speculations in filmdom seems to be never ending even in this hour of crisis. The latest buzz we hear in Kollywood is all about the planning of big projects by young Director Lokesh Kanagaraj and that too with happening actors and production houses down south.

Recently news said that Mythri Movie Makers have given advance to young sensational director Lokesh Kanagaraj who has delivered a massive hit ‘Kaithi’ last year. It is said that the makers have asked this young director a Tamil-Telugu bilingual.

Now the latest news came that Lokesh has made his moves to bring back the two legends of Tamil Cinema shying their superstardom.They are none other than Rajinikanth and Kamal Haasan. It is evident that both have shared screen diring their initial days but never after attainjngvsuper stardom. They have recently floated their political parties too but didn’t come together!

In a recent media interaction, Lokesh a die-hard fan of Kamal Haasan wants to make a multistarrer that should remain everlasting and thus he pinned hopes on this magnum opus and passed the question to the production house to come up with official announcement any time soon! Well, if the film happens, this will easily be the multistarrer of the decades!