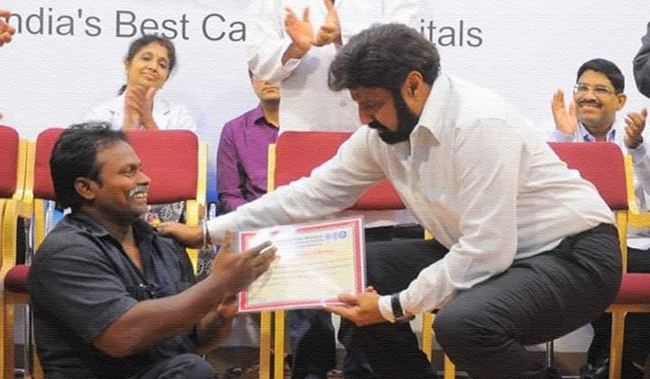 Actor-turned-Politician Nandamuri Balakrishna gave a reason for Nandamuri fans to celebrate and the fans are shacking social media by making endless tweets and posts.

Its been 46 years, Nandamuri Balakrishna entered Telugu Film Industry(TFI) which is a unique record. The hashtag #46GloriousYearsNBK took social media like a storm and fans and showering Tweets and his famous dialogues under the hashtag.

Balakrishna made his debut as a child actor with the film ‘Tatamma Kala’ that was released on August 30th, 1974. In the year 1984, he acted in Sahasame Jeevitam as a lead actor.

His fans even made Common Display Picture (CDP) with all the famous and popular characters, Nandamuri Balakrishna portrayed.