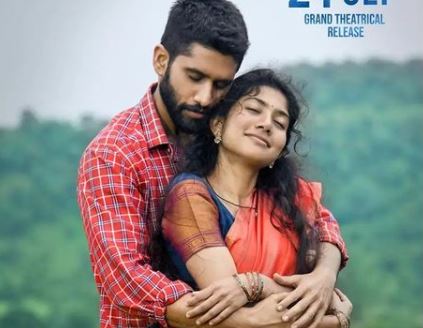 Tollywood handsome hero Prabhas shared a poster of Love Story on his Instagram and said that it is heartwarming to see the much awaited movie like Love Story releasing in theatres. We all know that Sekhar Kammula’s Love Story released in the theatres on 24th September. The film got good reviews. For the first time, Sai Pallavi and Naga Chaitanya acted together in the movie, Love Story. Sekhar narrated the story in his own way.

Prabhas shared the poster of Love Story on his Instagram and wrote, “Heartwarming to see much awaited films like #LoveStory releasing on the silver screen post the second wave. Come celebrate the true essence of cinema in a theatre near you and revive the golden days of cinema.”

Coming to Prabhas, on the professional front, he will be seen in Radhe Shyam helmed by Radha Krishna Kumar. Pooja Hegde is the female lead. Another movie in his hand is Adipurush, directed by Bollywood filmmaker, Om Raut. It is a mythological film based on the Hindu epic Ramayana. Bankrolled by T-Series Films and Retrophiles. Adipurush is shot simultaneously in Telugu and Hindi languages. Prabhas will be seen as Lord Rama in the movie whereas Kriti Sanon is essaying the role of Sita, and Saif Ali Khan as Lankesh. The movie is being made on a huge budget and it is one of the most expensive Indian films ever made. Another movie in his kitty is Salaar, under the direction of Prashanth Neel.