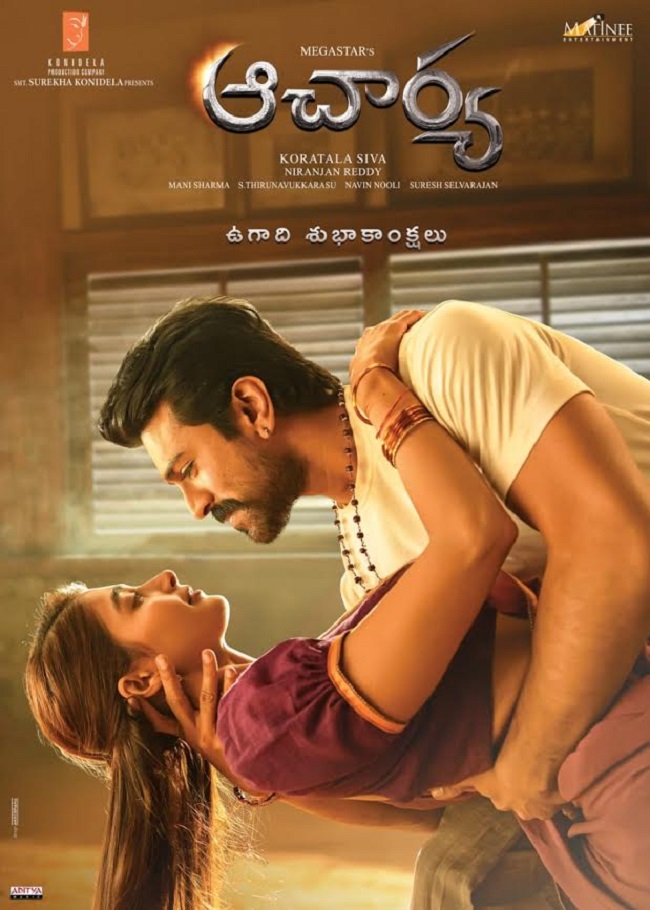 It is well-known that Mega Powerstar Ram Charan is playing a crucial role in Megastar Chiranjeevi’s upcoming film ‘Acharya’ which is directed by Koratala Siva. This social drama is expected to come out this summer and fans are eagerly waiting for this movie. Kajal is the heroine beside Chiru and Pooja Hegde was roped in to play the romantic interest of Charan in this flick.

Insiders claim that Pooja will be seen as a tribal girl and has a very short screen time. Considering that Charan himself is playing a brief role, it is expected from Pooja to play a blink-and-miss kind of role. But many are wondering why a heroine of Pooja Hegde’s level who is working with Salman Khan and Ranveer Singh in Hindi and doing films like Prabhas and Vijay in South is doing such a short role in ‘Acharya’.

In the meanwhile, the makers released a romantic poster of Ram Charan and his lady love Pooja Hegde from the film. They both shared screen space earlier in ‘Jigel Rani’ song from ‘Rangasthalam’ and this is the second time they are coming together. The poster is looking cool with both the actors looking beautiful together.