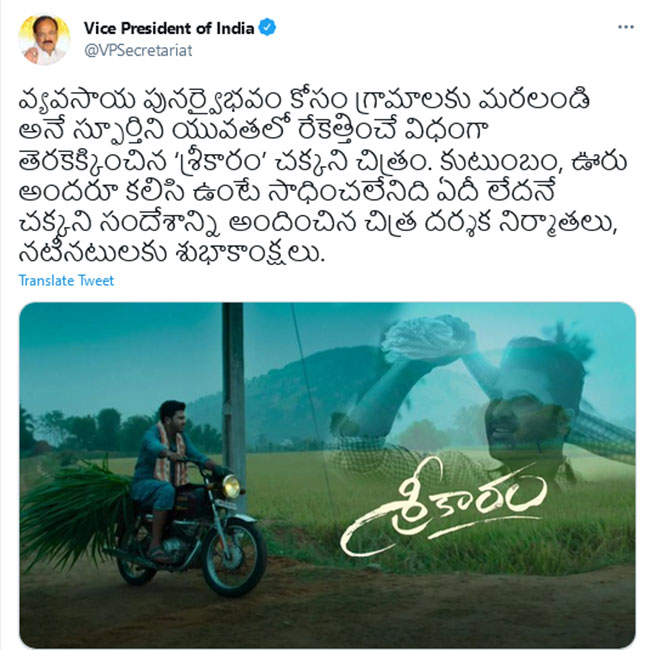 Despite not being a huge commercial success, Sharwanand’s ‘Sreekaram’ got a lot of positive reviews from the critics. Audience who watched the film liked the story, emotions and the genuine efforts of the makers. The situation of farmers has been well-established in this film and Sharwanand delivered a commendable performance in it.

This family entertainer got high praise from our beloved Vice-President, M Venkaiah Naidu. He watched the film through a special screening and spoke highly about it. He tweeted, ‘Sreekaram gives a good message on the importance of going back to villages to bring back the lost glory of agriculture. Appreciations to the team which gave a message nothing is impossible if a village and family stays united. Agriculture along with latest technological advancements and with mutual co-operation in the villages can motivate the Annadata to move ahead. Sreekaram is a must watch for youth.’

Kishore B wrote and directed this film which is produced under 14 Reels Plus banner. Priyanka Arul Mohan is the female lead in this flick which has Mickey J Meyer as the music composer.