Greeku Veerudu  is directed by director Dasarth who earlier directed Nagarjuna’s super hit film Santhosham. Dasarath has high regard for clean comedy emotional family entertainers teamed up with Nagarjuna for the second time. Greeku Veerudu is also getting released in Tamil at the same time as Love Story. SS Thaman who is known for delivering commercial mass albums scored the music for Nagarjuna’s movie after “Ragada” for the second time.

Nagarjuna plays three different shades in the movie as class, mass and family person. Makers of the movie first titled “Love Story” for Telugu version and later changed it to “Greeku Veerudu”. Explaining the reason director said if they name the movie Love Story audience might think it’s a love a story between hero and heroine but since the movie is a whole some entertainer we thought Greeku Veerudu is more apt for the story.

Nagarjuna is hoping to get back on to success track with Greeku Veerudu Review success since his previous film did not run well. Nag tried a different look in this film. Posters and trailers released so far received positive response for his new look 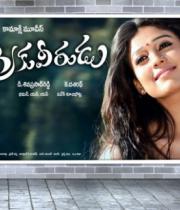 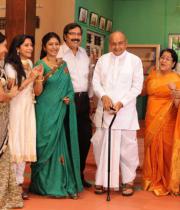 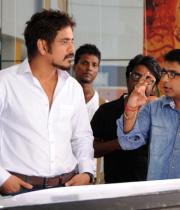 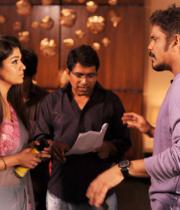 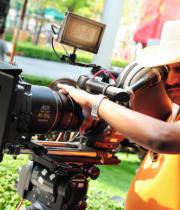 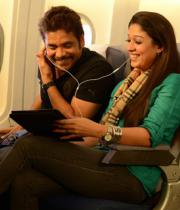 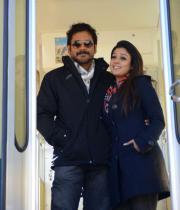 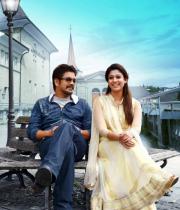 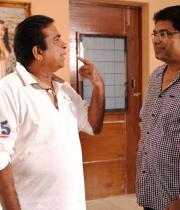 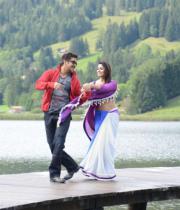 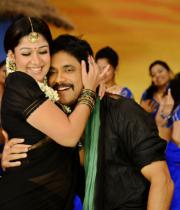 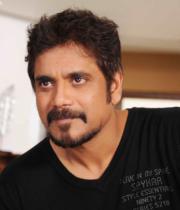 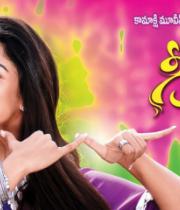 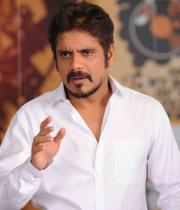 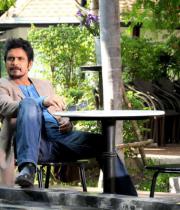 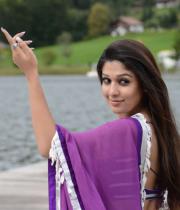 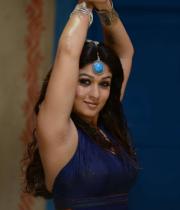 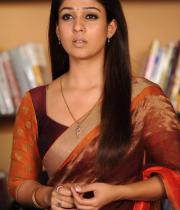 King Nagarjuna, Nayanatara and Dasarath’s ‘Greeku Veerudu’ movie released today. Nag fans are having high expectation on this movie. Our hero Nagarjuna playing NRI role here. He is coming as Chandu in the movie. He doesn’t consider the love and emotions. He is basically an event manager. He runs an event management business in USA. Always he will give more value money.

Our female lead Nayanatara as Sandhya here in the movie.She is a Doctor basically. She is dedicated to service. She works with the charitable association. The association name is ‘Make a Wish’. She believes in emotion, family members and love. Unfortunately our hero comes to India for the first time. Chandu travels to India to meet his grandparents. When he is coming to India on the way Chandu meets Sandhya.  What happens next? For the rest of the story you must watch the movie on Big Screen..

Nagarjuna is every man’s envy and every woman’s dream hero. He looked very slim and trim with good looks. He also put in decent efforts in dances especially in the first song, I hate love stories.Nagarjuna, though slim and handsome looked bit old in the character. Nagarjuna failed to bring the right kind of emotions in key scenes. Except in Greeku Veerudu song, there are not many steps in choreography.

Nayanatara is another asset for the film and she has filled the screen with her matured look and looked more beautiful in the songs.

Meera Chopra was just okay.role is very small and wouldn’t gain anything out of it

K.Vishwanath has got a tailor made role as grand father and he is good. Ashish Vidyardhi is okay.

MS Narayana in the first half and Brahmi in the second half took care of comedy. Thagubothu Ramesh entertained for few minutes. JP’s limited comedy as deaf man is nice. Rest of them are all okay in their parts.

This movie music and background score is differ to other movies. Definitely that credit goes to Thaman only.  Cinematography by Anil Bhandari is wealthy. Marthand K Venkatesh editing is good in all areas. Dasarath dialogues are big plus to the movie. Here no need of Choreography. S Ravinder is the art director to this movie.

Coming to Greeku Veerudu Analysis narration of the movie is slow pace. Here Screen Play and Direction of the movie is unimpressive. Movie is basically family entertainer. Coming to the analysis entire sentimenmt scenes in K vishwanath’s residence will make an impression of family audience.

There is no distance downwards in the scenes connecting Nagaarjuna and Vishwanath. Even between Nagarjuna and Nayanthara to bring to the front of the movie. Cliamax is also a big disappointment to the movie. Our Directors Dasarath gives the impression to be influenced by famous director Srinu Vytla. This movie climax also in comic way.

Final Word: Overall Greeku Veerudu is a complete family show with a bit of comedy and a very less percentage of mass elements. It is just an Average movie.