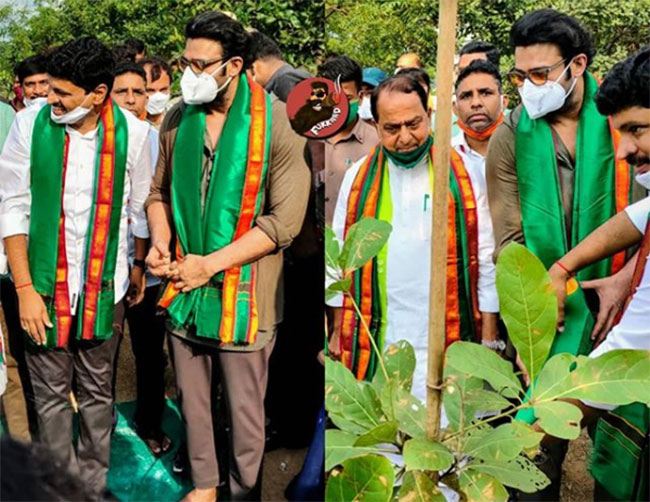 Young Rebel Star Prabhas who accepted the Green Challange started by MP Santosh Kumar took a step ahead and came forward to adopt more than 1,000 acres of a reserve forest.

Prabhas adopted as many as 1650 acres of Khajipalli Urban Forest Block to develop the area. In the adopted area the Bahubali star will set up an Urban Eco Park

The Urban Eco Park will be named after his late father U.V.S Raju. As a first installment, Prabhas donated Rs 2 crore towards the park and with works going forward he will be s[pening more money as per the reports.

The Bahubali star laid a foundation stone for the Urban Eco Park in the adopted land. TRS MP Santosh Kumar and Forest Minister were also present at the foundation laying ceremony.

Speaking at the event, MP Santosh Kumar who earlier challenged many stars and politicians to accept the green challenge said, he will continue to motivate others to adopt more Reserve forests.