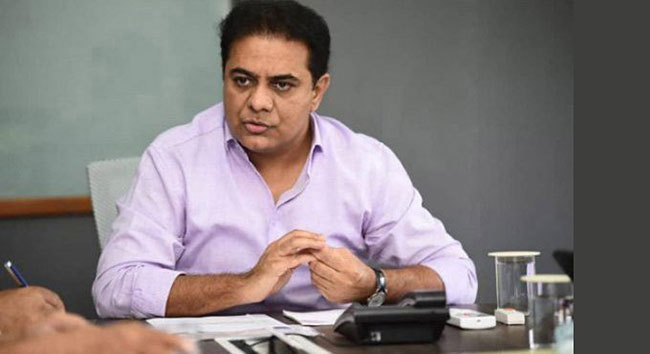 The BJP seems to be winning the Twitter war in Telangana. With BJP state chief Bandi Sanjay stealing the march on the floods in Warangal and getting good publicity on the social media, the TRS immediately rushed its mascot KTR to Warangal. But, things, it appears, did not turn the way the party wanted.

KTR was greeted by angry flood-hit people who complained about the encroachments on the nalas and tanks. Leaders like Yerrabelli Dayakar made matters worse by yelling at the people who were complaining. The social media greeted KTR with references to the promises of KCR about Warangal city. KTR did not really have much to explain. His visit in PPE to Warangal MGM hospital, which is in the eye of the storm too did not make things better. To add to the woes, KTR did not give any concrete assurance to the flood-hit people, either in terms of rehabilitation or in terms of ex-gratia.

Worse still, this convoy of over 25 vehicles too did not help. The long convoy drew the ire of the people of Warangal. Many felt this show of pomp was totally unnecessary especially at such a time of tragedy.