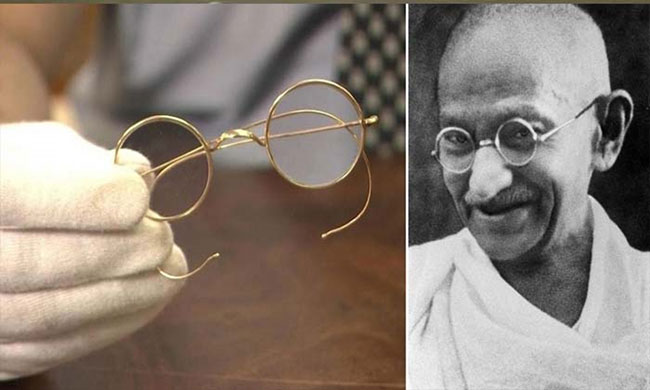 A pair of glasses once owned by Mahatma Gandhi was auctioned in the UK on Friday. The auctioned price for Gandhi’s glasses is astonishing and none expected that it will collect such a huge amount.

It is well known that used items from Gandhi Mahatma occasionally come up for auction. The spectacles were originally expected to sell for between Â£10,000 and Â£15,000 but ended up selling for over a quarter of a million pounds. The glasses were sold for Â£260,000 ($340,000).

According to the owner, these spectacles have been handed down across generations in his family. They came to own them after one of their family members met Gandhi at the British Petroleum in South Africa.