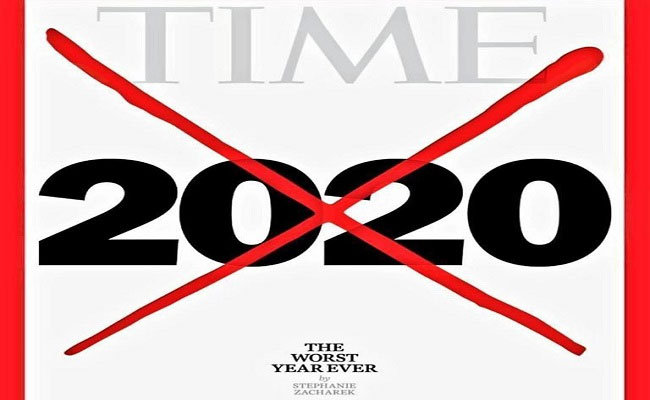 America based weekly news magazine and news website Time has bid goodbye to the troublesome year 2020 with a big “X”. The letter can be seen in red, the colour mostly used to indicate danger or terror. The year 2020 can be called the Corona year as many countries across the globe have imposed lockdown which forced the public to stay in their houses. Employees have also been working from home. Taking all these developments into consideration, the Time Magazine in the December edition of the Magazine termed the year as the worst year ever. This is not the first time, Time Magazine came up with such a cover page. The new edition marks the fifth time the magazine has released a cover page like this since its inception.

The Coronavirus pandemic has left a deadly toll on the world in many aspects. Be it economic loss or millions of lives claimed by the pandemic, the virus has a powerful impact on the world after the second world war.

Three years later, the magazine crossed its cover page for the third time in 2006 when al-Qaeda’s leader Abu Mousab al-Zarqawi was killed by the United States’s forces in Iraq.

The fourth cross from the magazine came back in 2011 after the dreaded terrorist Osama bin Laden was killed.