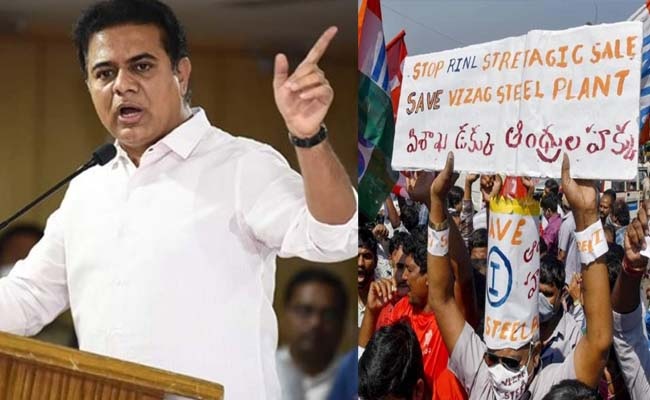 The Indian government had brought a controversial proposal to privatise the entities across the country. Under the process, the union government has been disinvesting the cent percent of shares it has in these entities. The entities include the famous Rashtriya Ispat Nigam Limited or the Vizag steel plant.

Ever since the Centre announced the privatisation of the steel plant, the ruling party in Telangana TRS has been slamming the Union government and extending its support for the fight for saving the steel plant.

Supporting the cause to save the steel plant, Telangana IT Minister KTR became a critic of BJP one more time. Addressing the Telangana Assembly during the ongoing sessions KTR had lashed out at the government on the steel plant issue.

Recalling the fight and struggle behind achieving the Vizag Steel Plant, KTR asked why the government wants to privatise the steel plant that has a rich history. Doesn’t the government see the protests and fight from the people to save the plant, he asked.

Talking about the Vizag Steel Plant issue, KTR also alleged that there is a high chance for the government to privatise the Singareni corporation and if the same happens, Telangana will not let that happen and would fight against that.